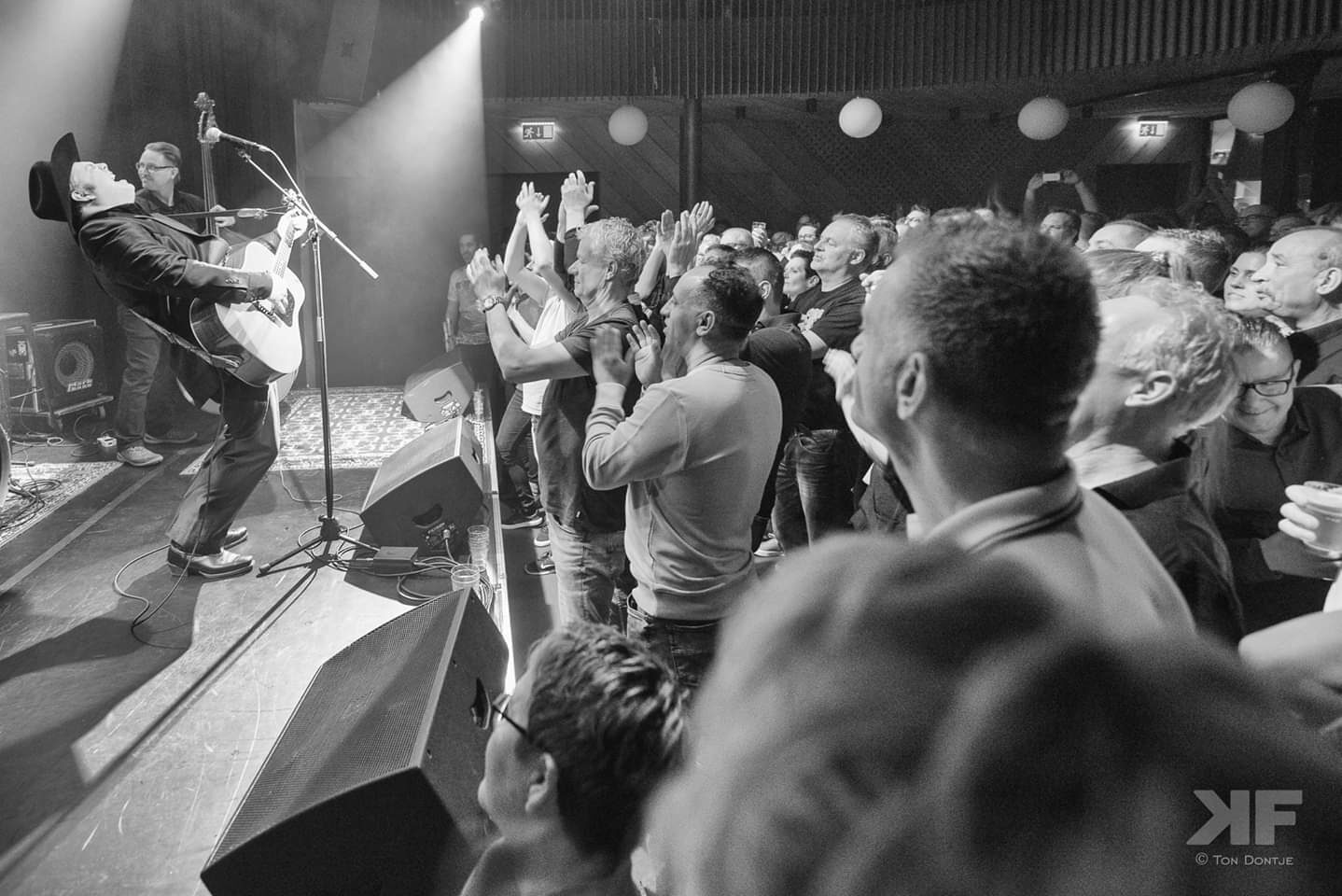 Church of Cash to perform at Chippewa County Fair

Church of Cash is coming to play the Chippewa County Fair on Sunday, July 31 st . Jay Ernest is
the lead singer of Church of Cash and he sat down to talk a bit about the history of the band,
organizing and performing a music called the Folsom Prison Experience, and what touring is
like.
Church of Cash was formed in Honolulu, Hawaii in 2009. It was shortly thereafter that Ernest
moved to Minnesota. He says the band started out slow playing in bars which eventually led to
regional touring and putting out records. This put them on tour in an even bigger region which
then morphed into national touring and as of 2015 they’ve been touring internationally. Coming
up in November 2022 the band will begin their sixth tour of Europe.
When asked about what tour life is like, Ernest said, “I love it. I’ve been touring my whole life.
It’s a lifestyle realistically. You got to roll with the punches if you know what I mean. You’re not
sleeping in your own bed. You have no idea who you are working with. When it comes to clubs
and theaters. And you’re hoping the hospitality will be nice or if at all. So these are some of the
things people don’t think about. They just see a band on stage playing and they’re like, “Oh, it
must be amazing” and there is a lot more to it than just the guy singing on the mic strumming on
the guitar. I still really enjoy it. And I love the opportunity and I think it’s a real blessing to be
able to play music that people enjoy and that put smiles on people’s faces.”
Ernest also talked about what it’s like to play Johnny Cash music and then meeting all the
different people that come to the shows. He said, “I get to hear stories of people that saw Johnny
Cash in 1962 or their dad brought them to a show in the early 80s. And it brings back these
family memories and a lot of times it’s with a family member that’s not around anymore. There’s
many, many older women that I meet that their husband who passed away years ago was a huge
Johnny Cash fan and that brings joy to me, but most importantly I love that we shared this
moment together that the music I am playing [which is Johnny Cash] brought back pleasurable
moments for these folks.”
“I studied him. I read his books. I realized , you know, obviously a lot of people watch the
movie. And they see that he had that one battle with drug addiction that he kicked [in the 1960s].
In the 80s he had a surgery and the doctor gave him pain pills. That got him back on the road to
addiction. Back in the 80s he had another bout of being addicted to pain meds and he had to kick
those so it’s an interesting story he actually had. He had to confront his demons twice,” Ernest
talked about in regards to how he channels Johnny Cash; the studying of him [Cash] and his
books.
Ernest also talked about a musical he’s put together that is meant to immerse the audience into
the experience. The musical is called Folsom Prison Experience. He said they set it up as Johnny
Cash playing in 1968 right in front of the inmates making it a somewhat immersion theater and
the people as a spectator are now an inmate. He said, “So you come into the show as an inmate
and watch the show as an inmate. And so the guards and the warden and Johnny Cash interacts
with you as if you were an inmate. It’s really quite cool.” Ernest said it’s a 15 piece [people]
production; he also said there are three hardcore actors and 11 musicians, which includes the